Human identification is most challenging field in forensics. Scrutiny of the fingerprints ,teeth and DNA comparison are commonly used techniques, thus allowing quicker and secure fast and identification processes. Palatal rugae markings are unique to an individual and are stable throughout the life. Rugae don’t undergo any changes apart from in length throughout the life. Thuspalatoscopy or palatal rugoscopy is used as an aid in forensic investigations.

Palatal rugea, termed as“plicae palatinaetransversae” and “rugae palatine” denote to the elevations on the frontal part of the palatalmucosa, each side of the median palatal raphe and beyond the incisive papilla. According to Glossary of Prosthodontics rugae are anatomical folds or wrinkles usually the irregular fibrous connective tissue located on the frontal third of the palate. Palatoscopy or palatal rugoscopy is the study of palatal rugae in order to establish a person’s identity. Palatoscopy gives a fairly valid conclusions pertaining to person’s identification. As human identification is necessary in all social and legal aspects.1

Palatine rugae develops during third month of intrauterine life its growth is controlled by epithelial mesenchymal interactions. First rugae are developed in embryo of 32 mm following incisive papilla in prenatal stage. Once papillae are formed size may change as palate grows , but shape remains the same.2 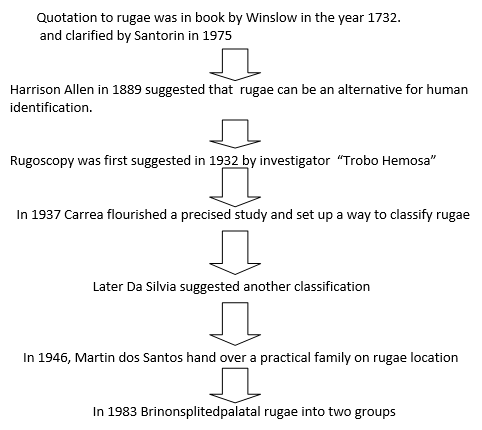 Goria in 1911 developed first system of categorizing. He categorized rugae pattern into bilateral

It is distinguished into two types ie both primitive and more developed.

Trobo in 1932 categorized into two groups 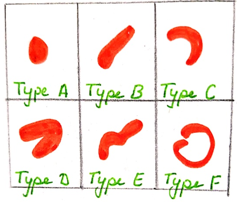 Thomas and Kotze classified as 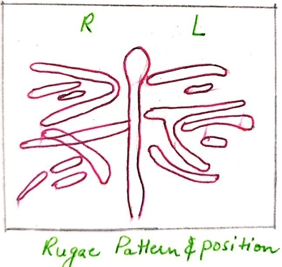 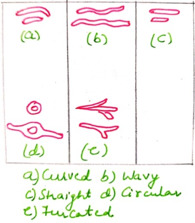 Carrea classification based on form of palatal rugae

Impressions are being taken using alginate as impression material Impresssion of palatal arch was prepared and dental stone was poured. Tracing of the rugae pattern was done with the help of sharp 5 HB graphite pencil under light . Now with the help of magnifying lens casts were explored thoroughly and further rugae are classified according to classification 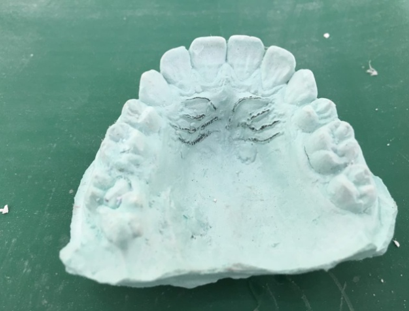 Divergence of rugae pattern according to ethnicity

There seems to be compelling linkage between rugae forms and ethnicity. Kapali et al. calculated the palatal rugae markings in Australian Aborigines and whites and found that number of primary rugae were higher in Australian than in whites.

Preference of Palate over other lip prints or finger prints7

The markings of palatine rugae display racial and gender diversity as they are not subjected to obvious changes. Rugae are protected from trauma and other extreme conditions like high temperatures as they are shielded by the lips. Although in decomposed bodies lipprints and fingerprints cannot be recorded. But on the otherhandpalatal rugae are available for comparison and identification as they are least resistant to destruction.

Antemortem data can be advantageous7

As it demanding to obtain dental arch impressions from corpses arriving at Foresnsic Medicine Institute so antemortem data of victim can be compared. As experts are not familiar with dental impressions So in such cases antemortem models can be obtained from victims dentists and can be compared with postmortem images using software.

Outcome of various literature for palatoscopy

Palatal rugae are located in the frontal half of the mouth, serves as landmark in various studies . Various studies show a huge significance between rugae forms and different ethnicity. Palatal rugae are important in forensic investigations. Antemortem records can be kept so it is responsibility of government to maintain these records for future.